Meaningful achievements are, perversely, more likely to annoy the world around you.

Are you losing weight? “You should be happy with your own body!” Saving children in Africa? “You should save your own country!” Curing cancer? “What took you so long?” 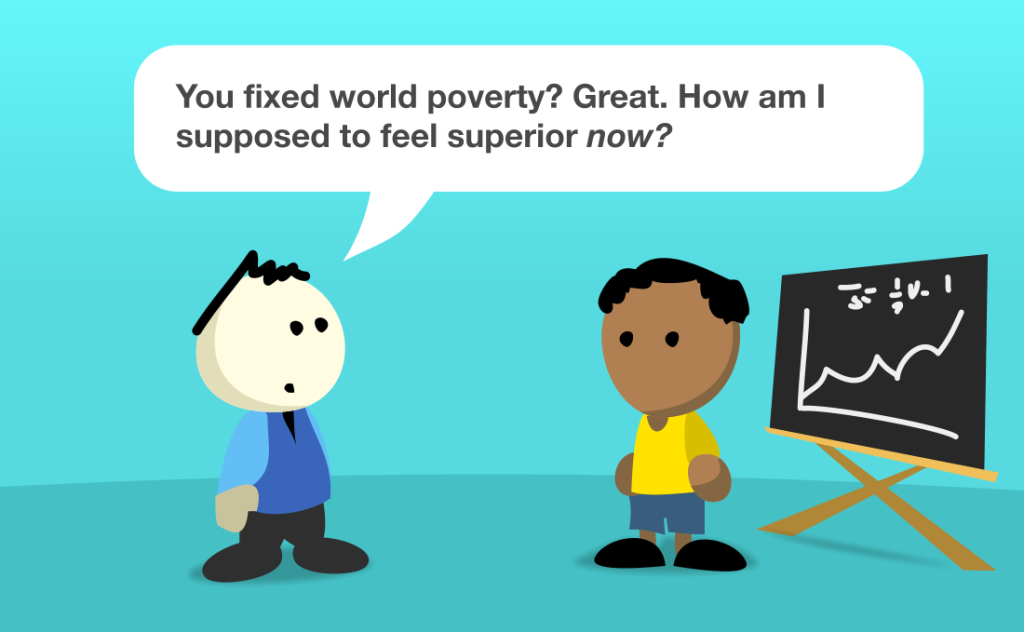 Whatever you do, you’re going to annoy someone, and annoying someone can be a good thing. Let me show you the virtue of being an occasional asshole.

Rule 1: There are more important things than other people’s feelings

One of the reasons successful people can sometimes come over like assholes is because they’ve learned there are far more important things in this world than what other people feel. 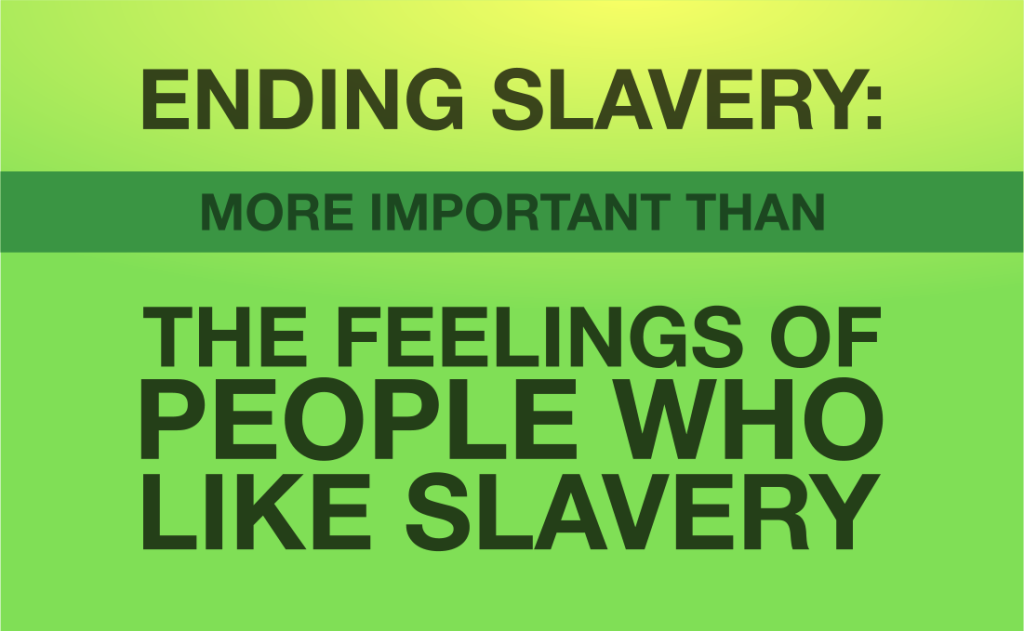 It’s an uncomfortable truth. We’re raised to be nice, and for good reason. Niceness is safe. It’s excellent at maintaining the status quo. Nice people are conscious of what might upset others, and avoid such things.

Which is deadly if you want to accomplish anything of significance.

If your mission is to lead, create, or better the world, surrendering to the emotional concerns of others will paralyse and kill you. Leaders that can’t make tough decisions can’t lead. Artists that can never offend anyone can never delight anyone either.

This is not to say that being an asshole will make you successful. But an unwillingness to occasionally be one is an almost certain road to failure.

Rule 2: Hate is a side effect of impact

As your actions impact more people, the less those people will understand you: 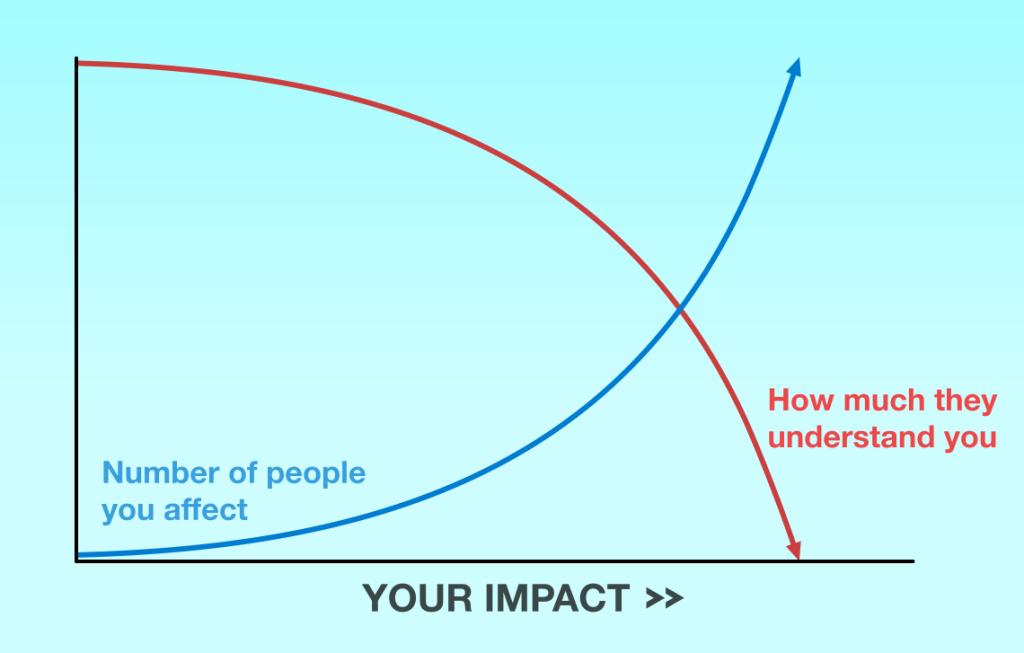 Imagine a face-to-face conversation, with motives and nuance: 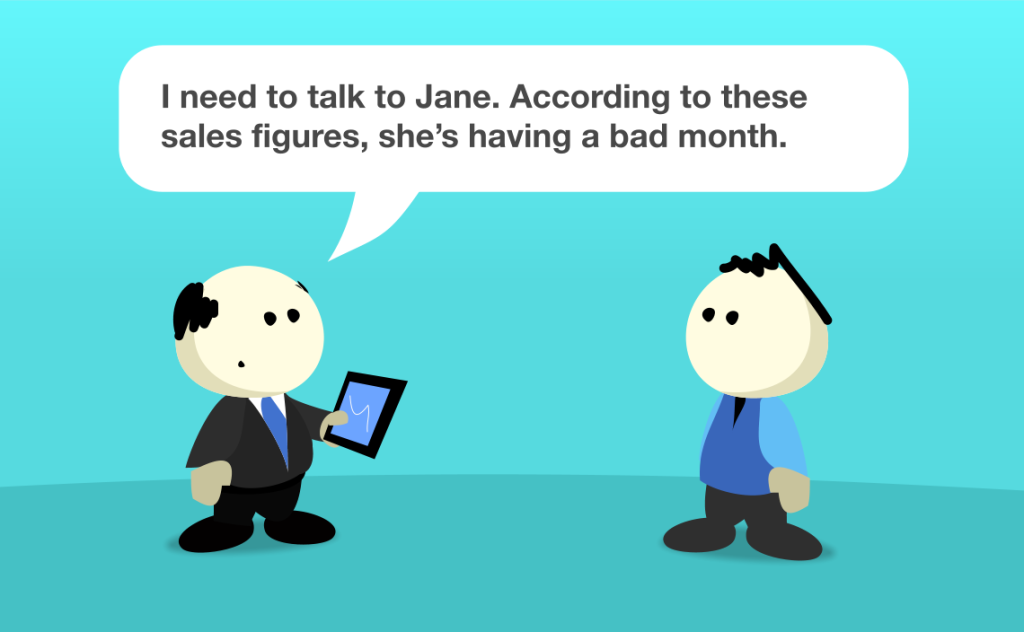 As it spreads, the simple message is interpreted: 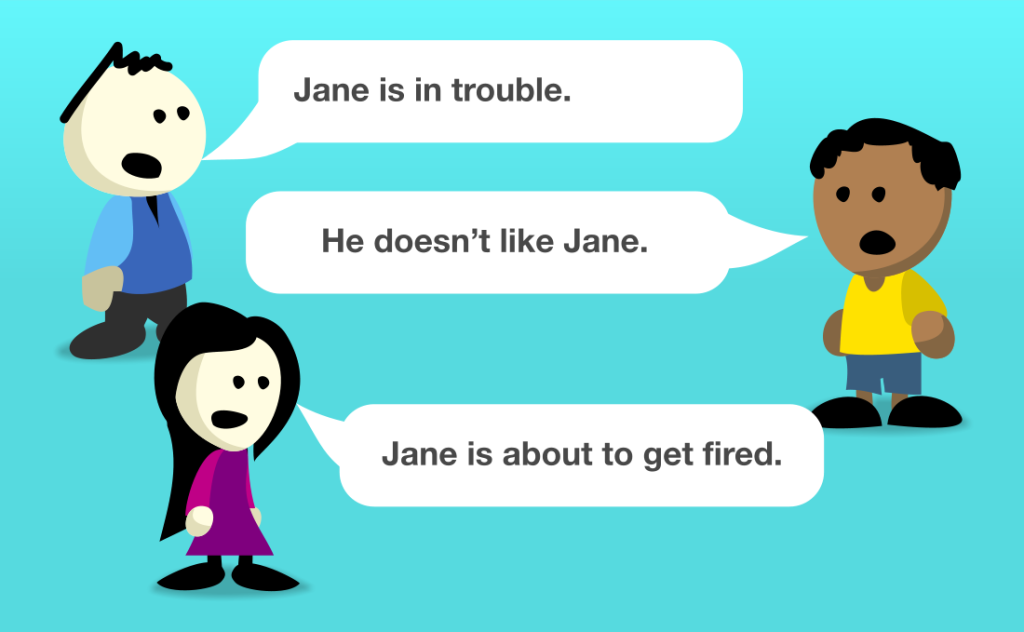 This happens even when people read the exact same words on a screen. We just do it in our heads.

The only thing this process needs is enough people. If you’re impacting enough people in any way, you’re going to be tragically misrepresented in the time it takes a teenager to poop out a tweet.

You can avoid all of this by not doing anything important. If your biggest decision in life is what you change your desktop wallpaper to, no problem. But if you want to write a bestseller or end poverty or change the world in any way whatsoever you’re gonna have to cope with pissing off people entirely by accident.

Rule 3: Just because someone is offended, doesn’t mean they’re right 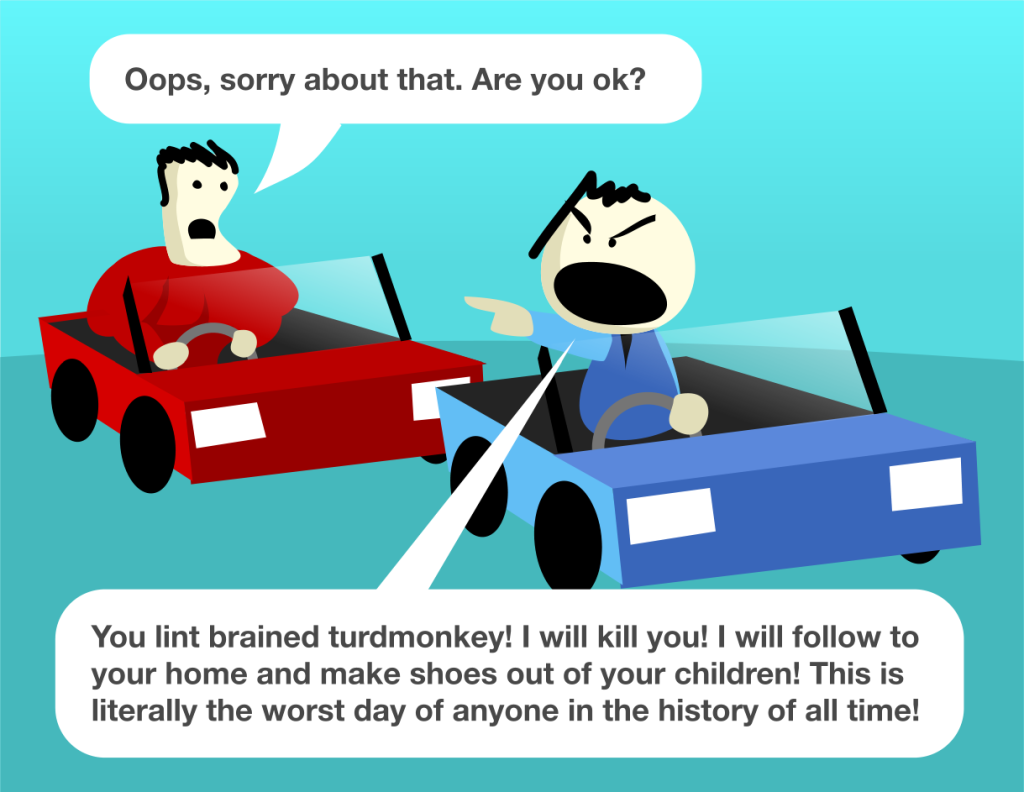 Anger is an emotional response, and a spectacularly stupid one. It’s almost never in proportion, nor is it necessarily even just. It’s a fleeting impulse, like thinking a stranger is cute or preferring one colour over another.

And like any such impulse, the usual provocation for anger is association. Some people might hate Apple, others hate Google. Some people are right wing, others left. Say something nice about one group, and you’ll ignite the primal rage in the others before they can stop to think. Pretty much everyone thinks like this, sadly, unless they’re trying really hard.

Which leads to a crucial conclusion: conforming to other people’s anger is caving to the most stupid part of their nature.

Be an asshole and ignore those, um, assholes.

The only way to avoid pissing people off is to do nothing important. Which leaves you with a choice, whether you like it or not: where will you settle on this scale? 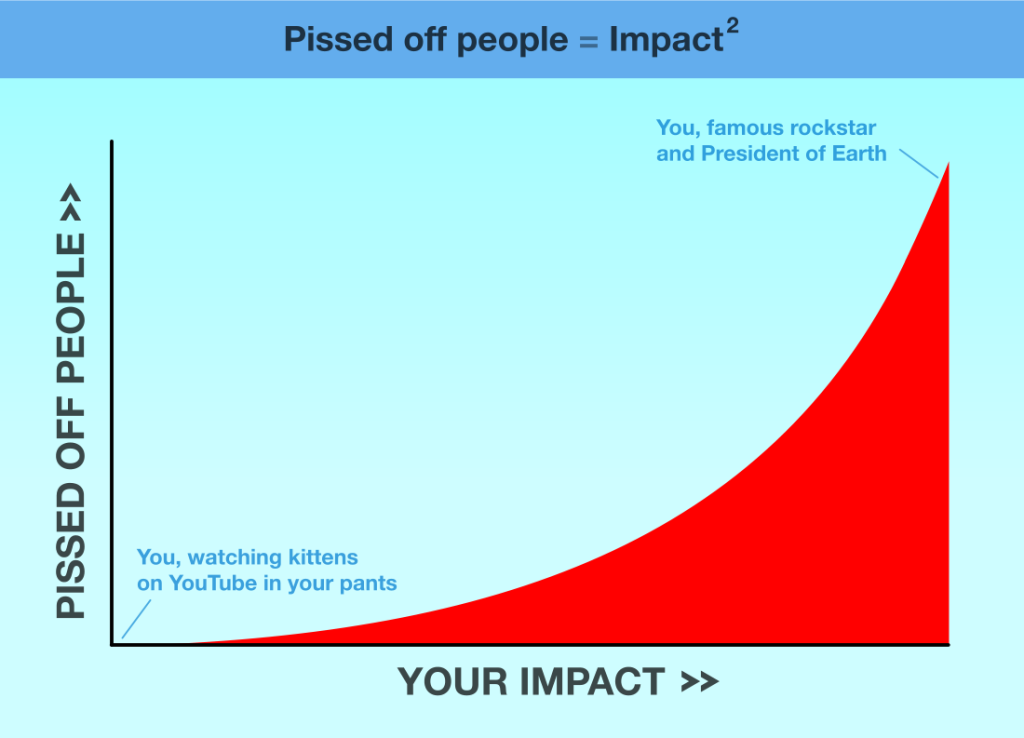 Most of us fear upsetting the emotions of others. When we upset people, we’re compelled to justify ourselves. We yearn to win over our detractors. We seek everyone’s approval. And just one criticism among a hundred compliments burns into our brain like a cigarette.

That’s actually a good sign. It means you’re not really an asshole. Just don’t be afraid to act like one where it matters. 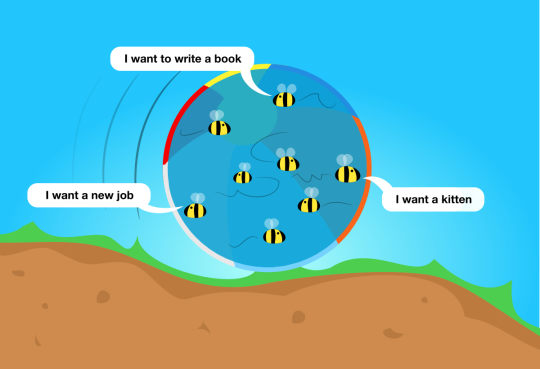 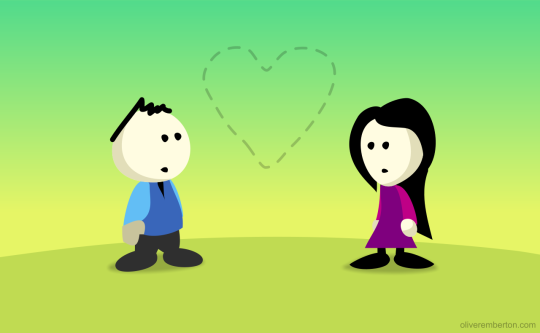