Our brains behave like a beachball filled with bees. Hundreds of conflicting impulses, pushing us in different directions. 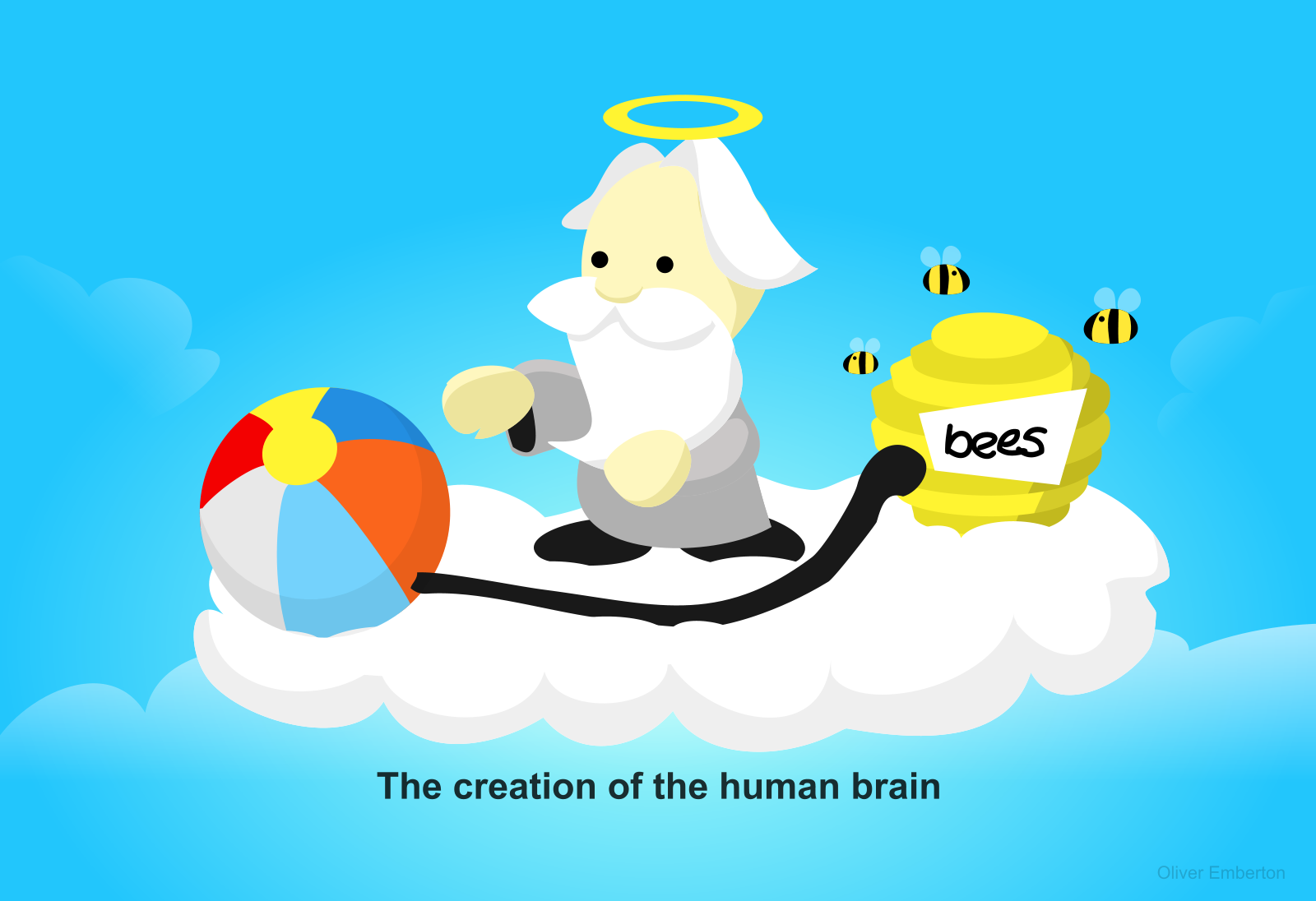 People never want to do one thing. We want to do all the things. We simultaneously want to exercise and to learn Spanish and to go out for pizza. Our desires are countless, independent agents, working to nudge our beachball in their own selfish direction.

And so usually, that ball is going nowhere. It’s controlled more by the terrain than by the will of what’s inside it. 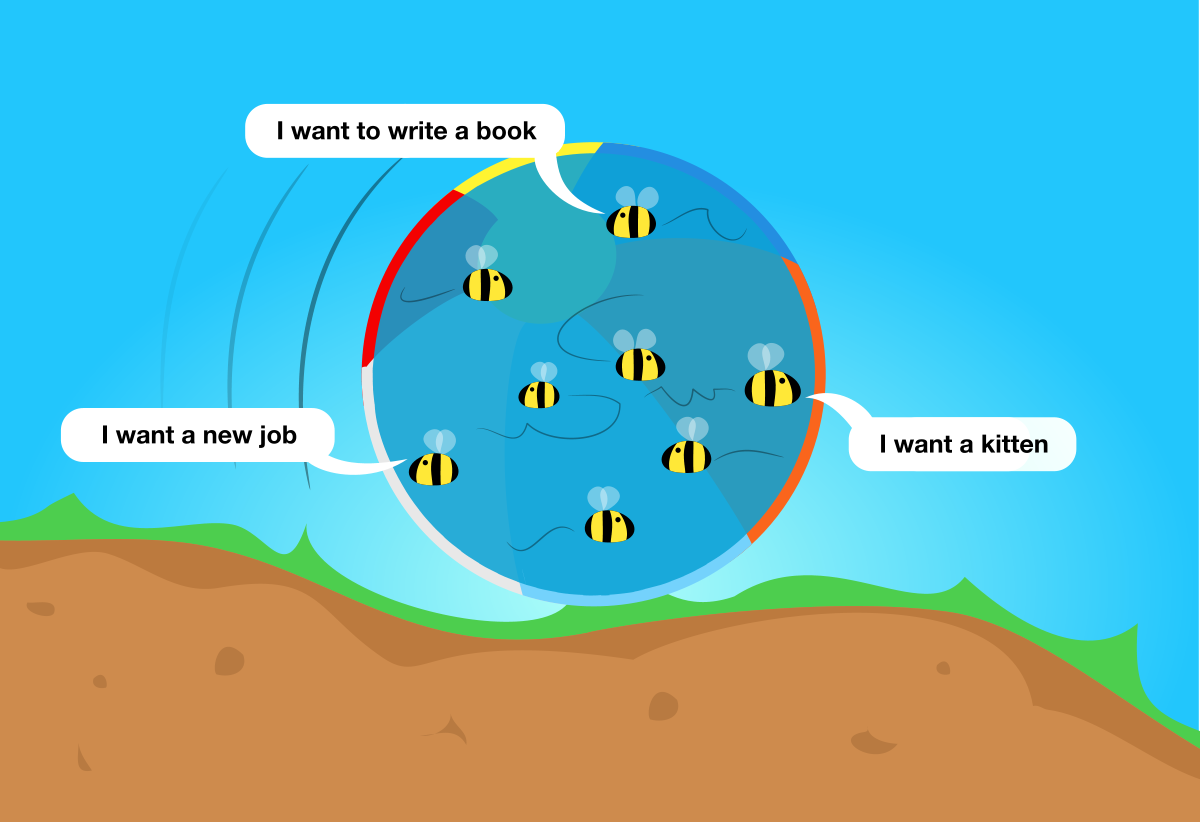 This is how most people live their lives. We feel endlessly conflicted. We never have enough time. And what happens to us is stronger than our ability to combat it.

The curse of the ‘great idea’

Imagine if 20 years ago you were a genius who had the idea of starting up Google, and Amazon, and Facebook. You just invented three of the best business ideas of the last century, and if you had started any one of them you could now be worth billions. But if you were determined to do all three simultaneously you’d be absolutely nowhere. 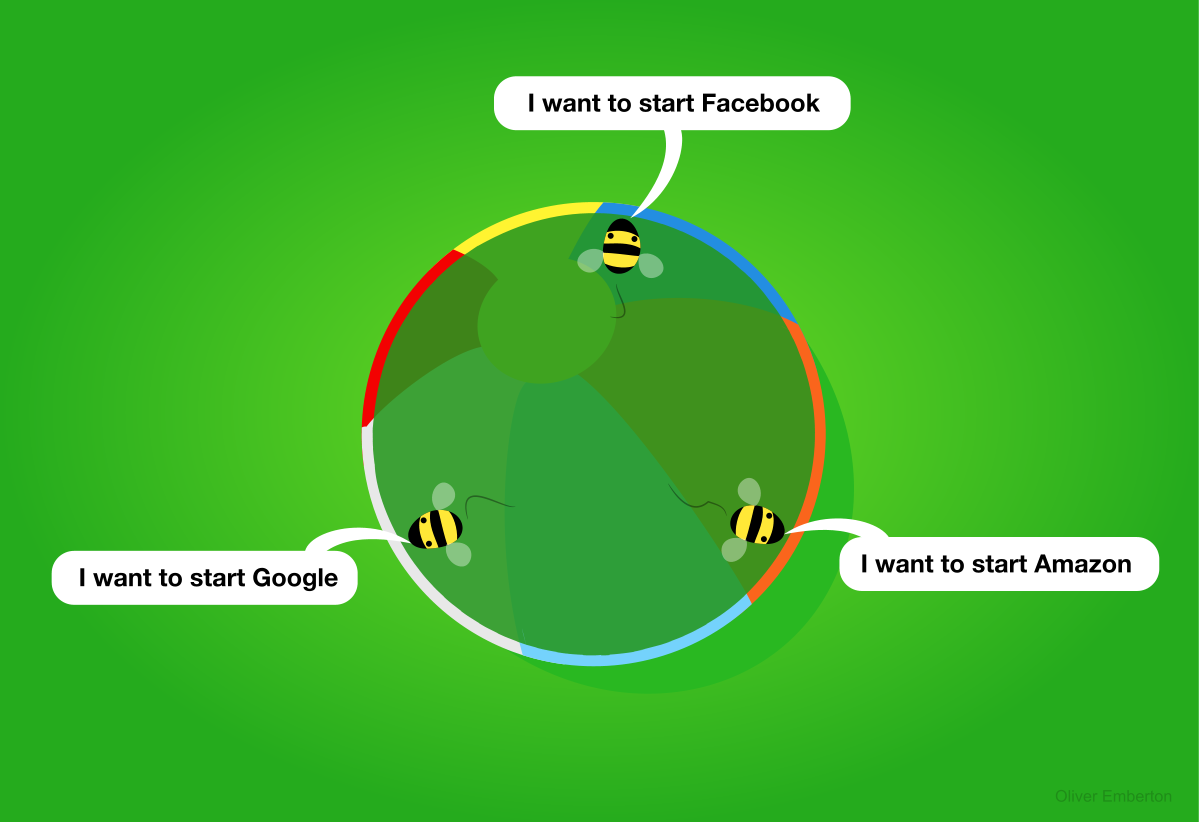 This is why a committee of smart people is called an “idiot”. Leadership doesn’t work in volume. The more directions you’re being pulled in, the less distance you’ll travel.

How people achieve the impossible

Imagine an insanely ambitious goal for yourself. Say you want to write a book, or land on Mars.

If you absolutely had to do that – if your life and the lives of everybody you cared about depended upon it – how would you? How could you?

You’d simply drop everything else. You’d become one giant bumblebee, pushing in one direction, and you’d move very, very quickly: 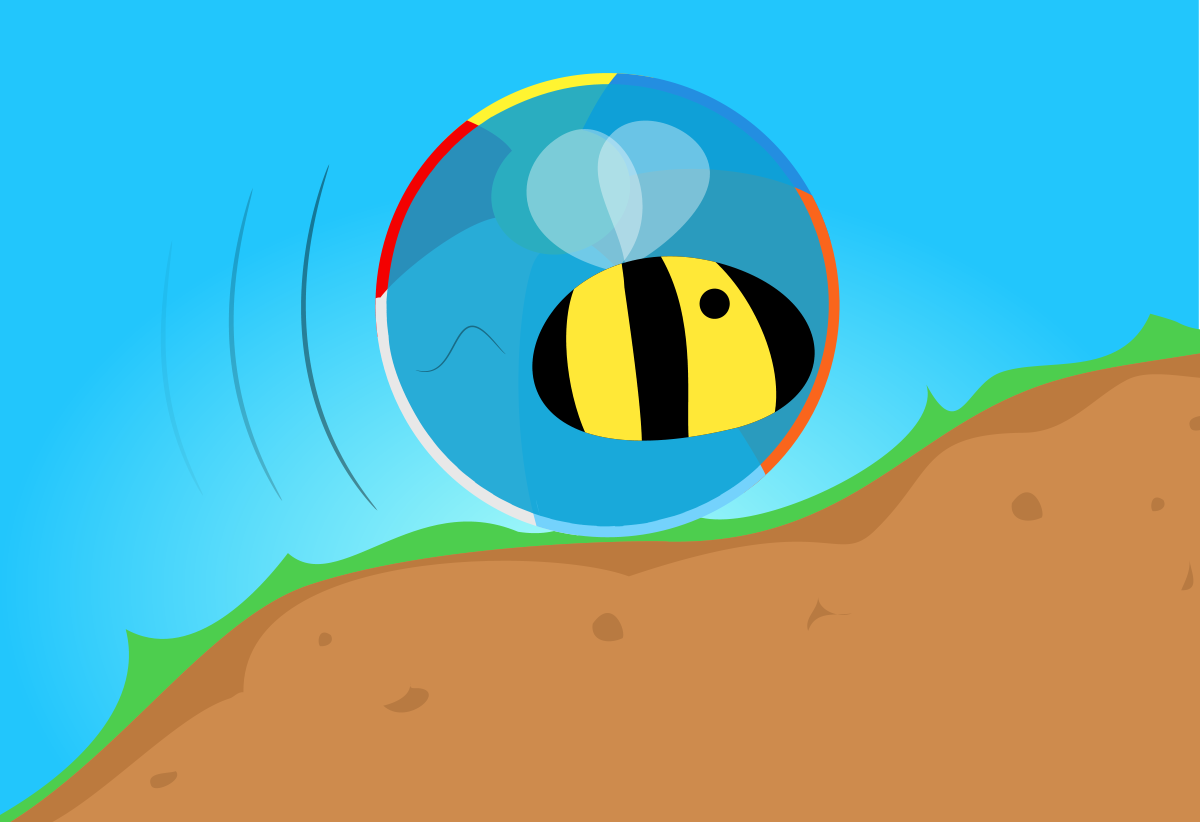 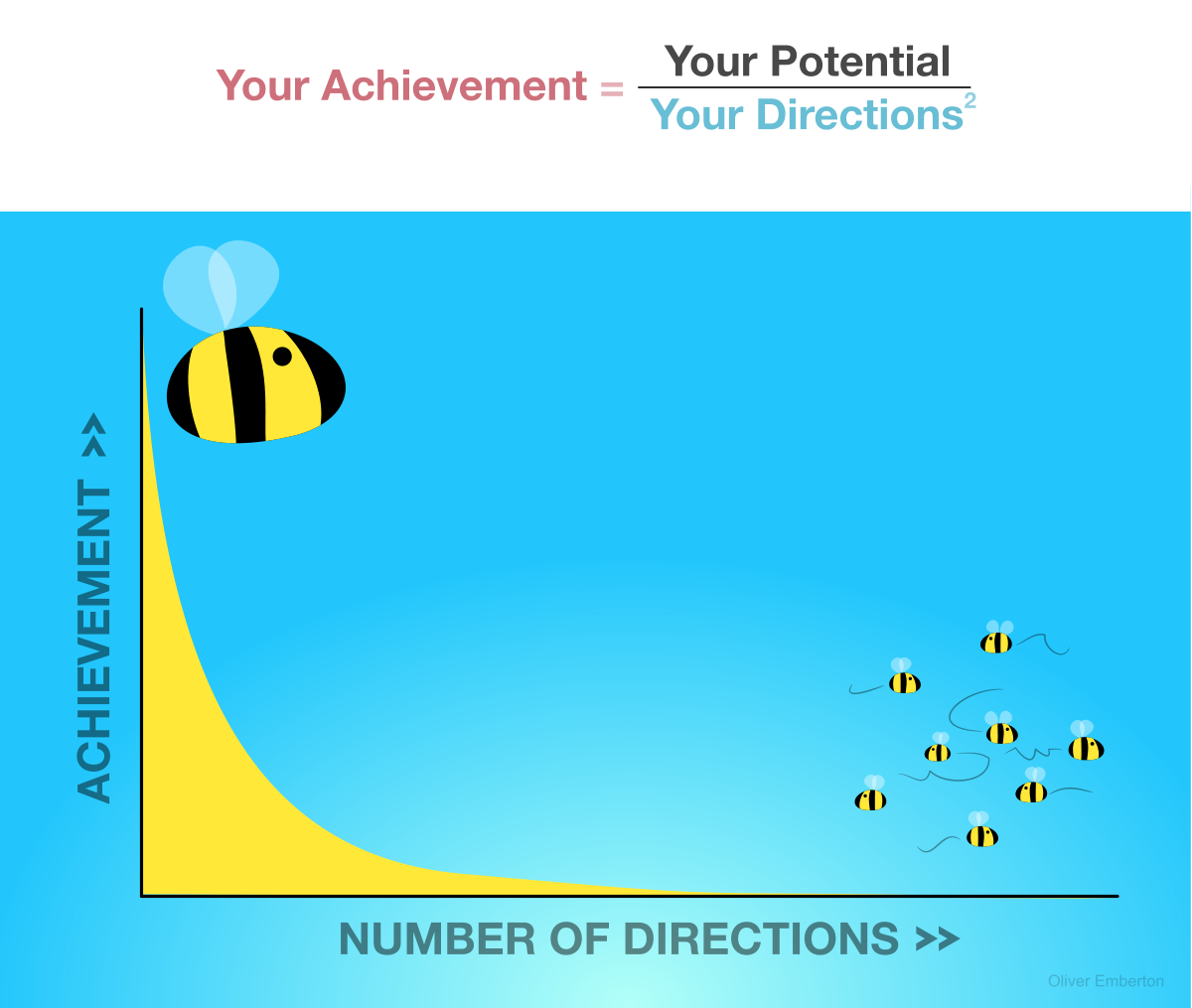 How to tame the swarm

You will always want to attempt more than you can achieve. 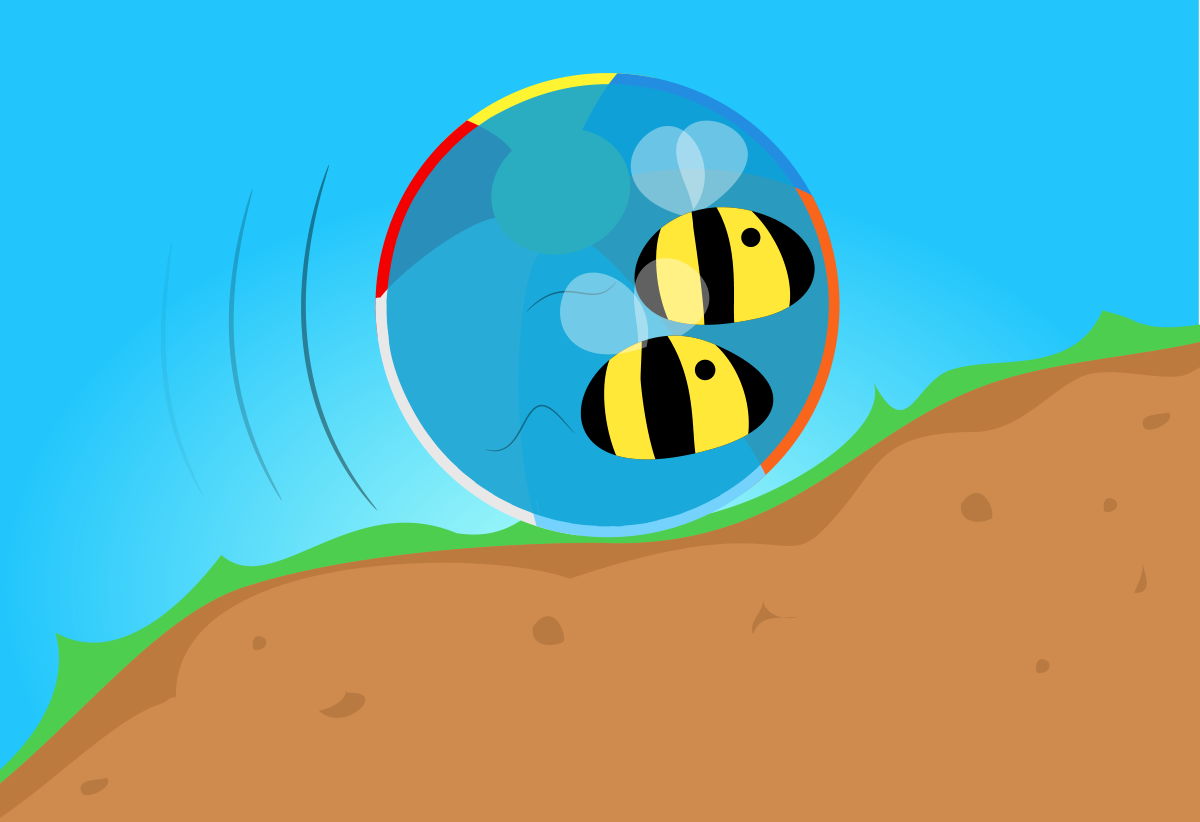 The few people who have achieved the most staggering, world changing things with their lives didn’t do so by dividing their intentions. They aimed high, got their bumblebees in line, and said no to all the other opportunities that life presented them.

If you want the power to follow your dreams, you have to say no to all the alternatives. It’s not easy, but if that’s for you, at least you know the price. 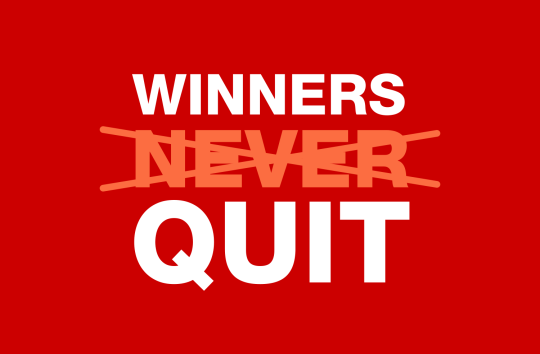 The secret to winning is quitting 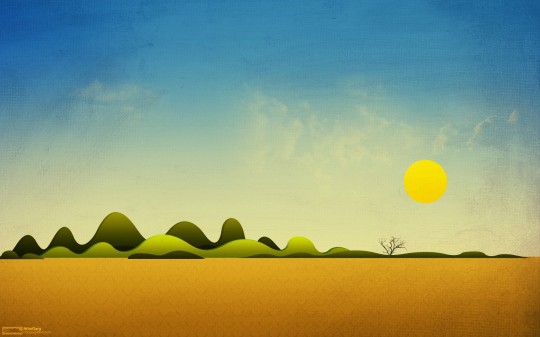 We complicate to avoid